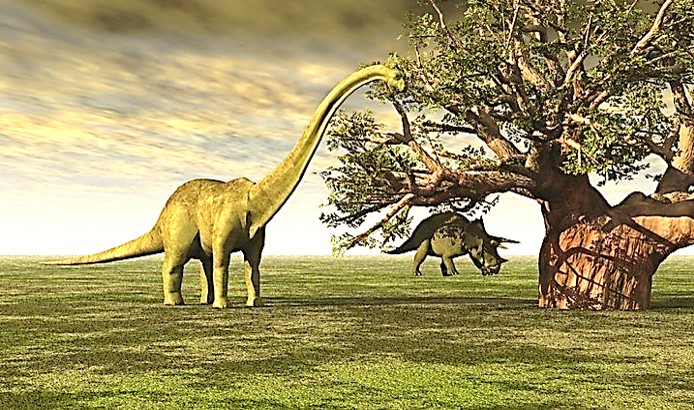 Where Did Dinosaurs Come From?

From the mid-1800s the discovery of dinosaur bones has excited the imaginations of millions, trying to picture an ancient world inhabited by these amazing giants. But for some those discoveries were troubling….

Charles Darwin and other Bible skeptics used these discoveries to cast doubts about Genesis. Often the question would be put forth, “Where in the Bible do you find dinosaurs?” Creationists’ first answers were unconvincing, including “maybe the Devil made those bones to trick us!”

For Seventh-day Adventists a misused quotation from founder Ellen G. White about the apparent manmade mixing of some creatures (she used the common 19th Century word “amalgamation”) biologically into “confused species,” has muddied the waters. She added that the confused species were destroyed in the Flood and not spared in the ark. See Amalgamation. Since dinosaurs don’t exist today, but appear heavily in the fossil record, some have felt all dinosaurs were those confused species.

Add to that the worldwide stories of the existence of “dragons” after the Flood, which seems to suggest some DID get on the ark. And that would suggest that God created them. See Dragons.

Does the Bible hint at their existence? On the fifth day of creation God created “great sea creatures” (Genesis 1:21). The Hebrew word for creatures here is tanninim, which generally means in the Old Testament “reptiles” or “snakes.”

But perhaps a more telling text is the description of the behemoth of Job 40:15-24. God is here speaking to Job about His creative power and illustrates it with the behemoth. The word in Hebrew simply means “beast.” But its description includes “he is the first of the ways of God.” (40:19a). This is not a chronological statement, but rather one of rank. He stands in first place among all of God’s beasts. The description includes “his bones are like beams of bronze” and “he moves his tail like a cedar.” Scholars attempt to offer hippopotamus or elephant as the behemoth. However, both have tiny tails, nothing coming close to visions of a cedar tree. Though this would have been a legendary animal to Job, a large sauropod dinosaur like a camarasaurus seems to be the best fit.

Although many dinosaurs were much smaller (the average size was that of a large dog!), it would seem the entire line was created by God. And He speaks with an artist’s pride in describing one of the most amazing ones in the behemoth.

Categories: Debate Issues, Dinosaurs, Seventh-day Adventist Views
Tags: Dinosaurs, Discovery of, Dinosaurs, Origins of, Dragons, Worldwide Stories of
« Where There Ever Dragons?
Do the Rocks Really Cry Out? »