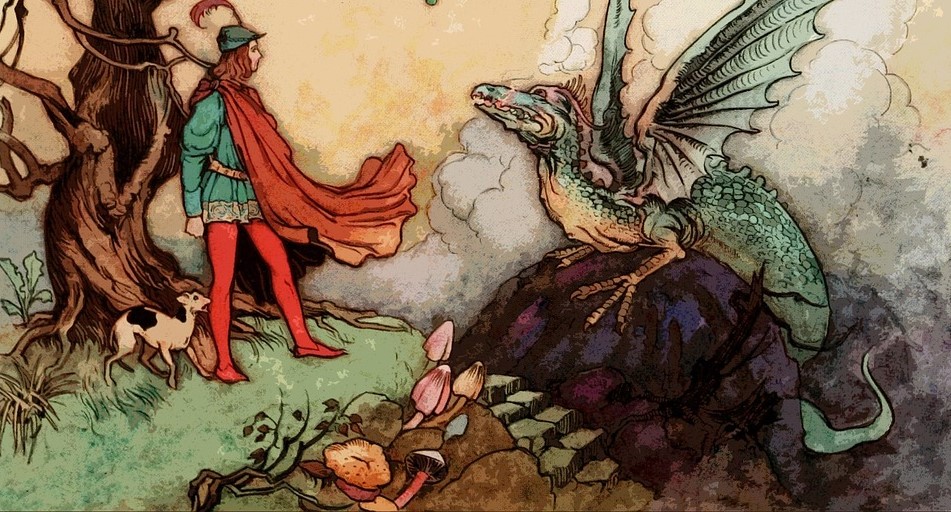 Where There Ever Dragons?

Just like the widespread stories that exist among the present and ancient cultures of the world about the historical Flood of Genesis, there also exists scores of stories about “dragons.” These exist from Europe to Africa to Asia.

First of all, it’s important to note the meaning of the Greek word “drakon.” This simply means “large lizard.” The images of fire-breathing, red pointy beings is a particularly medieval image. But during the New Testament period when John wrote “so the great dragon was cast out, that serpent of old, called the Devil and Satan, who deceives the whole world” (Revelation 12:9), he was not thinking about a fire-breather. Instead what was being referenced was the Garden of Eden story with Eve and the reptile that the devil used to trick her.

Where did these stories come from in all of these ancient cultures? Some evolutionists think these stories originated when the ancient people found giant bones of dinosaurs and imagined giant lizards once lived nearby. Yet it would be nearly impossible to find enough dinosaur bones to assemble into an animal that was clearly reptilian. Plus there’s nothing scary about lizards to those older cultures; lizards were pests, if anything. Giant pests? Wouldn’t it be more likely, should ancient bones be found, that imaginations would picture giant lions, tigers or bears? Yet no such stories exist…only lizard stories!

But what lizards? The stories themselves sometimes mention flying ones, but rarely are they the size of houses…more like the size of horses. And quite consistently the stories mention only one; never are there flocks or herds. And the stories often conclude with the death of that last, lone dragon.

Now we get to conjecture! Might these be the stories of the last remaining descendants of dinosaurs? The average size of a dinosaur was the size of a large dog. They weren’t all huge. Thus they could have been included in the ark during the Genesis Flood. And after the Flood, they dispersed to all corners of the world where, perhaps because of man, they eventually perished and became the stuff of legends.

Interestingly, the “dragon of Revelation 12” (Satan) is again portrayed as a deceiver. Given the context of Revelation 12-14, these messages have special significance for those of us living in these times. The image of a dragon (large reptile) is often used by the devil to deceive the world on one of the greatest of all truths: that God is its Creator. The image of a dinosaur (dragon?) is often used as a symbol of evolution and a challenge to Genesis.

Categories: Dinosaurs
Tags: Dinosaurs, Discovery of, Dragons, Worldwide Stories of
« Uniformitarianism
Where Did Dinosaurs Come From? »