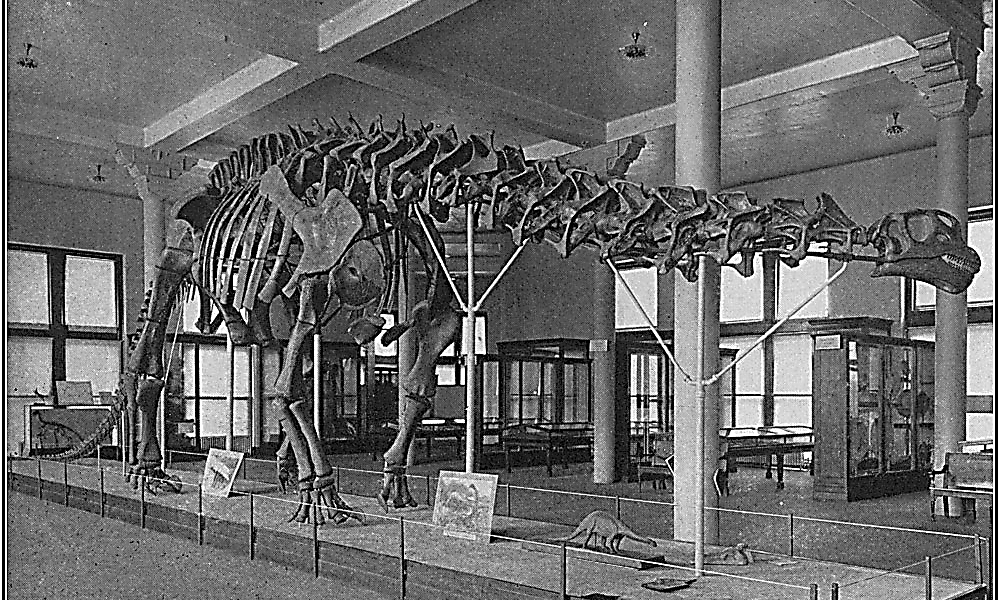 When Were Dinosaurs Discovered?

The knowledge of dinosaurs, based almost entirely upon the discovering of their fossil remains, has been a comparatively recent development.  In the year 1676 the Oxford University scientist Robert Thorp wrote a paper about a bone discovered in England.  It was from a dinosaur, but since this was an unknown-as-yet possibility, he theorized it was from a Roman Era elephant!

Later discoveries in American of what was thought “bird footprints” (1836) eventually were determined to be those of a biped dinosaur.  In England bones and a famous tooth became the origins of the “Iguanodon” (“Iguana tooth”) dinosaur.

It was the famous British anatomist Richard Owen, who incidentally was a Christian, who coined the term for these new discoveries by naming a new suborder “Dinosauria,” meaning “Awesome Lizard!”  In terms of the public’s knowledge of dinosaurs, few developments were more sensational than when in 1858 Dr. Joseph Leidy, a scientist who operated a museum in Philadelphia, put on display an assembly of bones found in a New Jersey backyard and called it a “Hadrosaur.”  This was the world’s first public display of a dinosaur skeleton and it was a huge sensation.  Other museums were inspired and quickly sought dinosaur skeletons of their own.

The Smithsonian put on display in 1905 the huge “Brontosaurus.”

For the first half century or so of discoveries, the vast majority were determined to be large, but vegetarian in their diet (based upon their teeth).  Thus the scariest image was one of “not getting stepped on,” like by a giant elephant.  This all changed.

In 1905 Henry Osborn, an American paleontologist, named a dinosaur fossil found in Wyoming.  He called it “Tyrannosaurus Rex,” or “King Tyrant Lizard.”  This large animal had huge and sharp teeth.  The picture of this giant meat-eater changed forever the image of dinosaurs.

It was from the center of T Rex bones that the 2005 discovery of soft tissue (flexible veins, red blood cell stains) has led to more support for a Biblical recent past instead of the standard one of millions of years.  See “Age of the Earth” for more details.

Dinosaur discoveries of new species continues to this day with several hundred different ones being currently proposed.  Some were as small as chickens, while some were up to 130 feet long and weighing perhaps 70 tons.

The discovery of dinosaurs aided the acceptance of Charles Darwin’s theory of evolution, as did the discovery of “cave men’s” remains in the Neander Valley of Germany and the discovery of the “Archaeopteryx” reptile-like bird fossil.  Creationists did not at first have a good answer to the pointed question of “where are ‘dinosaurs’ in the Bible?”  We now have better answers.  See “Dinosaurs, Origins of” for a more general treatment.

Categories: Dinosaurs
Tags: Dinosaurs, Origins of, Dragons, Worldwide Stories of
« What Is Science?
Why is there Decay in Nature? »