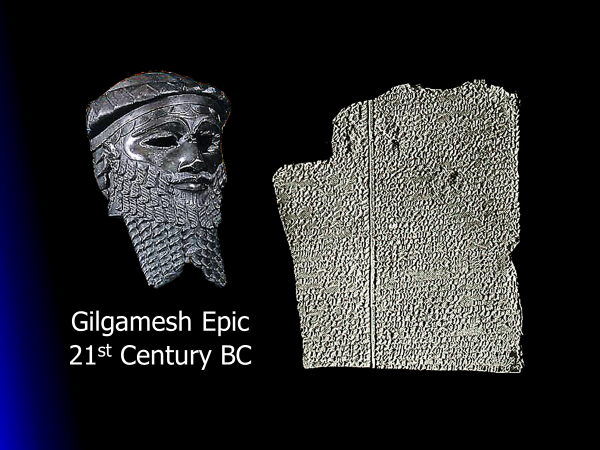 Worldwide Stories of the Flood

In the middle east, the following ancient civilizations had memories of the flood:  the Egyptians, Sumerians, Assyrians, Persians, as well as the religions of Islam and Zoroastrianism. The Babylonian flood story was called “The Gilgamesh Epic.”  It dated as early as the 21st Century BC.  And it, like these other versions, told of the ancient gods’ anger with man, culminating in an attempt to destroy man.  The hero Utnapishtim was able to survive to repopulate the world.  The obvious difference of the Biblical story is in characterizing God as a loving God who prepares a place of safety for man (the ark).

In Europe the following cultures had a memory of the flood:  the Romans, the Greeks (who dated it close to the Biblical date), the Scandinavians and the Celts.

In the South Pacific:  the Maori of New Zealand, the aborigines of Australia, the Hawaiians, the Tahitians, the Fijians, the Samoans and the New Guineans.

In the Americas:  the ancient tribes of the Toltec, the Inca and the Mayans, along with many other tribes like the Cherokee, Blackfoot, Choctaw, Skagit, Navajo, Zuni, Cheyenne, Algonquin and even the Eskimo.

Some years ago I visited the Smithsonian Native American History Museum in Washington, D.C.  There was a native American woman tour guide with a group there, leading them through the museum.  She told them, “My people,” meaning her tribe, “have a flood story.  Your people do, too…right?”  Then she added, “Maybe there’s something to it!”

Categories: Flood
Tags: Genesis, the Book of Beginnings, Man, Pre-Flood
« Polls on Origins (American)
Why Are Worldviews a Key? »